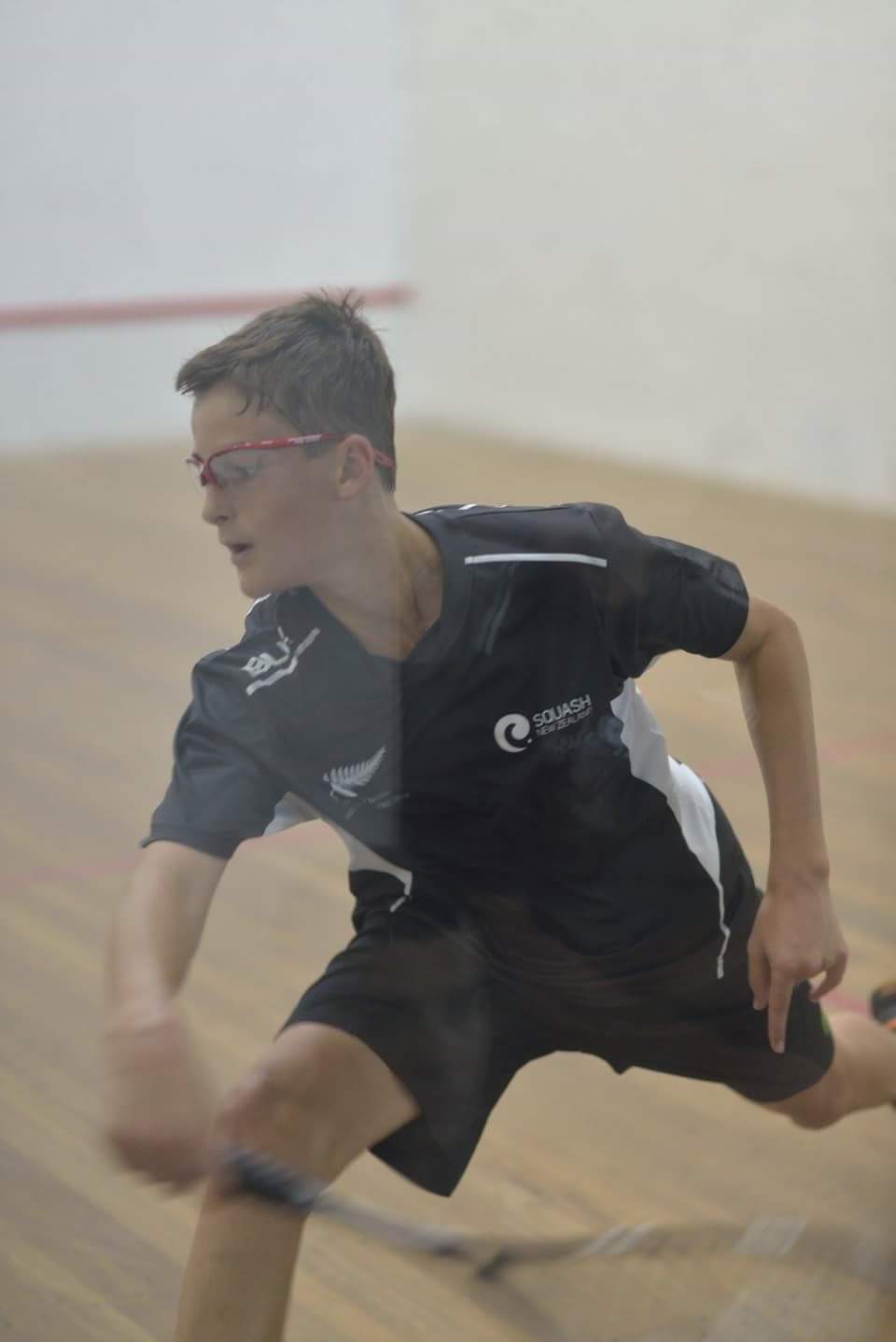 I am a high-performing and self-motivated athlete who strives for excellence in my chosen sport of Squash. Squash is an individual sport and is a prominent and time-consuming part of my life. I also play Hockey at a high level which exposes me to a team sport environment. Importantly, I apply the same ethics to my academic life where I have consistently gained academic excellence and merit across all my subjects.
I started playing Squash at the age of 6, and gained my first National Title in 2012 (NZ under 11) at 10 years old. I was runner-up in the Under 13 final in 2013 and unfortunately as number top seed in 2014 was injured in the semi-final. I won back-to-back National under 15 titles in 2015 and 2016.
Every year since late 2012 I have been ranked number 1 in NZ and have been part of Squash NZ’s High Performance Programme. This year as a 15 year old I have been selected in the NZ Junior Elite Squad which has been selected with an eye to representing NZ at the World Junior Championships in 2018 and 2020.
I was selected for the NZ Junior Team in the Trans-Tasman test series with Australia in 2014 and 2016, and represented the NZ Secondary Schools Team versus Australia in 2015, 2016, and 2017. In the last series I won all 7 of my individual matches 3-0 against older opposition from Australia. I proudly wore the BOP colours at the NZ Junior National Teams event for the first time last year, and have been re-selected this year. I was also selected to represent BOP in the National Senior Mens Teams event this year, but unfortunately this clashed with the NZ Secondary Schools test series with Australia.
This year I further tested my ability to perform in high-pressure environments and competed in the Penang International Junior Tournament in Malaysia against high class international opposition where I finished a credible 14th in a draw of 128. I will further test my abilities later this year when I travel to the Canadian and US Opens in December.
To continue improving as an athlete and a person, next year I will attend the same international tournaments a year wiser, fully understanding what I need to do to continue representing NZ and compete against the world’s best.